Do you have a solid idea for a mobile game? Do you already have a mobile game that has an active community, but don't know how to sustain an enjoyable income from your app? Microtransactions are an efficient way to bring in money if planned properly, but that planning itself has a few philosophical, ethical, and social science traps. Here's a glance over those issues to figure out how they may affect your gaming community and app earning potential.

Since the days before mobile gaming--and even mobile device--played a strong part in society at large, games played with the idea of allowing players to buy bonuses. First, downloadable content (DLC) releases were purchased as small bonuses after beating a game, allowing players to get an extra taste of gaming content without waiting for a full sequel.

Next, online games discovered a potential within a problem: people were buying in-game currency such as gold from potentially illegal sources. Why not cash in on that? Online games allowed players to purchase not just in-game currency, but specific items that they would spend gold on.

That is the core of what microtransactions are in gaming. Purchases within a bigger game that players usually pay for. In some cases, players end up spending more money through microtransactions than buying a game and paying for an online subscription.

In many games, microtransactions creates a basic balance: give players what they want without making them leave forever. You have a dual risk of players leaving after paying a certain, finite amount of money after achieving their goals quickly, along with players quitting because they don't want to be easily defeated by people who use credit cards heavily.

Some games balance this by using cosmetic-only options. In adventure, roleplaying, shooting, and strategy games where combat is one of the major goals, games will simply give players special costumes or decorations that can be shown off, but without any real affect on gameplay.

In those same combat games, players may be able to buy basic items that can help the leveling/gaining power process, but with no real benefit in the endgame or final tiers of the game. If these items matter for an in-game economy such as auctions or allowing players to run shops, games can choose whether these items can be sold after microtransaction purchase or if they must be used by the buyer.

Contact an app development services professional to discuss not only the code behind implementing a microtransaction shop or cash shop, but the impact it may have on your game. 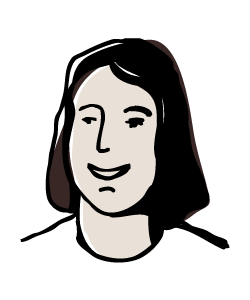